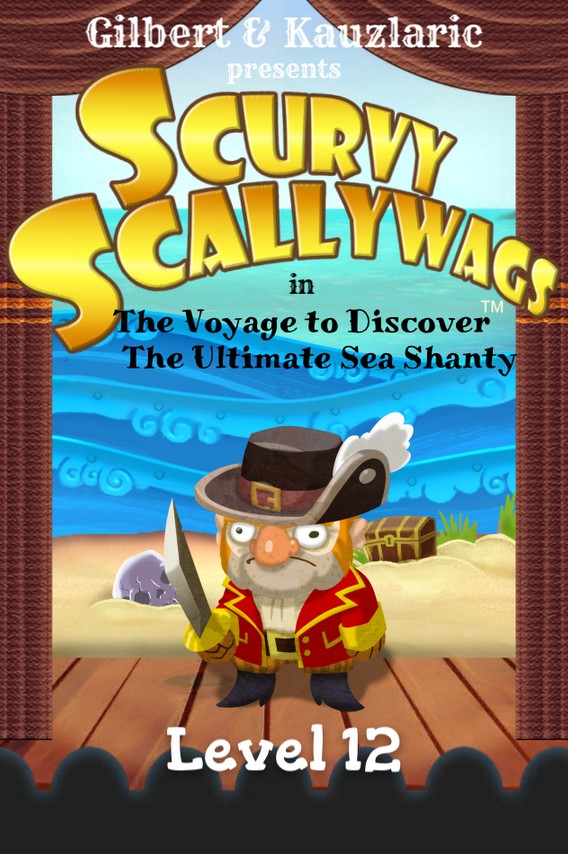 Loot the sea with matches of three
Scurvy Scallywags is “part match-3 game, part RPG and part Broadway musical”, according to its description on Beep’s home page. In addition, it is part Ron Gilbert (the Monkey Island series, DeathSpank, The Cave), part Clayton Kauzlaric (Total Annihalation series, Voodoo Vince, DeathSpank) and the opposite of Candy Crush Saga. Whillst that particular game lures you in with sweetness and has you pay up after the sugar rush kicks in, Scurvy Scallywags in The Voyage to Discover the Ultimate Sea Shanty aims to cram as much fun as possible in a game for just under a buck. 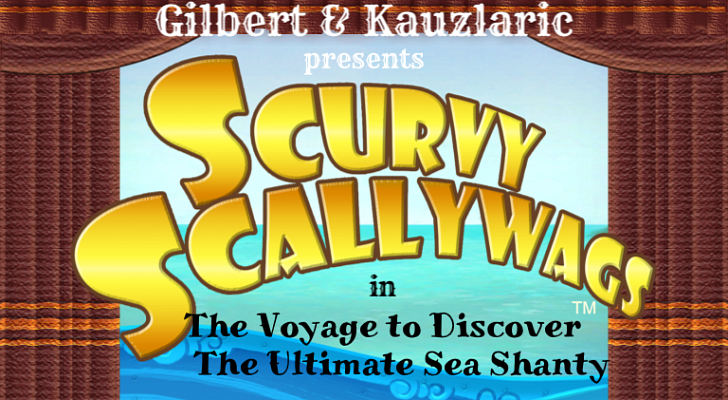 Scurvy Scallywags is all about having a blast with whimsically themed levels & catchy shanties. The core gameplay evolves from the matching of pieces on a board to acquiring new attire, tons of bonuses and hunting for treasure as elusive as Big Whoop. You start off slowly by sliding tiles and making combos but soon discover that there’s a solid RPG and a great story underneath the surface.

Visit a few islands, make some cool combos, loot the board to level up your pirate and you’ll enjoy the regular perks of the match-3 genre. Play on however, and challenging fighting mechanics kick in. Once the local scoundrels enter the board, you need to make sword combos and match the power of an enemy, or use power-ups and special moves. These moves vary from leaping further than the regular one tile ahead (great for quick escapes) or shooting weapons to weaken enemies before going hand-to-hand. Dying in battle will occur often, but as long as you match sufficient gold pieces during the campaign, you can spend them to keep your scurvy sea dweller alive.

Enemies drop treasure chests with gold pieces, power-ups or materials that can be used for building better ships which in turn add perks to the game, such as reduced cooldowns for special moves. Power-ups and special moves can also be bought with in-game currency and really add to the amount of applicable strategies in the game, without ever feeling like cheating. 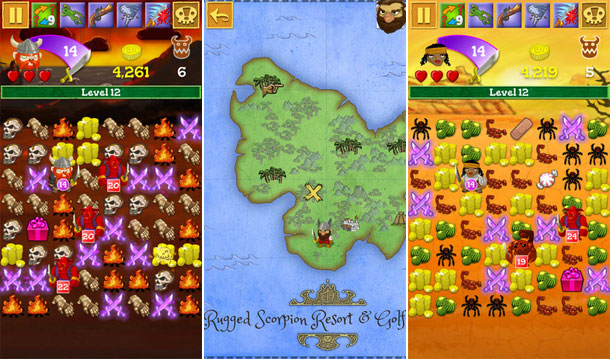 The story, themed levels and customizable character really make Scurvy Scallywags stand out. Content-wise, there’s just so much material in the game and I mean this in every way possible. There are 16 sea shanties (pirate songs) to track down, several ships to build, tons of hats and other attire to collect and a plethora of fun intermezzos on the horizon. Scurvy’s in-game music is delightful, with some fragments sounding Carribean and others reminiscent of Mariachi music. There’s a great sense of joy in the songs, complimenting the one goal the game strives to achieve: having fun on a board filled with junk.

Scurvy Scallywags accomplishes exactly that, with the hallmark wit of Gilbert & Kauzlaric The game takes the match-3 genre, gives it a fresh spin and adds enough joy to keep playing over and over again. If one would have to compare the game to another App Store title, Ridiculous Fishing comes to mind, simply because of quality and fun factor. In terms of competition, Scurvy Scallywags blows any current match-3 competition out of the water.