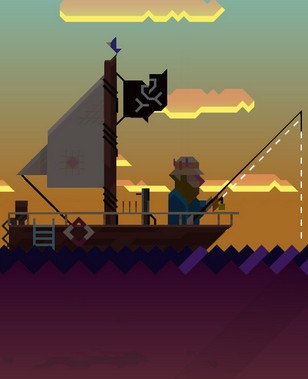 Plenty of pixels in the sea
Ridiculous Fishing is a reimagining of Vlambeer’s Flash game Radical Fishing, yet in retrospect it’s a little more than that. It is also a tale of a small indie team trying to get a game published in an App Store flooded with vicious clone sharks. 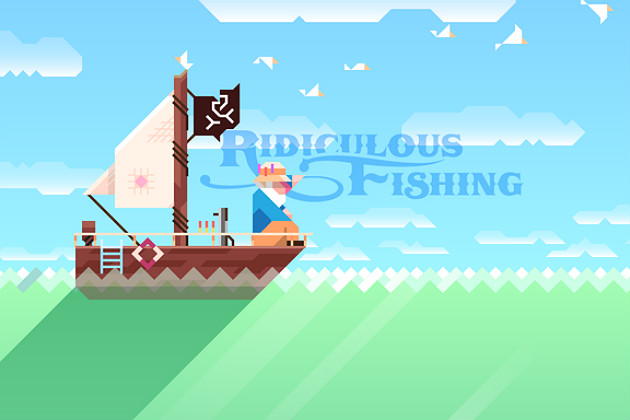 Vlambeer had the unfortunate experience of having to deal with its own brainchild in the form of Ninja Fishing, a game that literally mimics all of Radical Fishing’s mechanics. It operates as a freemium title, with the sole purpose of raking in money, as opposed to bringing the best gaming experience to fishing aficionados around the globe. With Zach Gage (SpellTower) and Greg Wohlwend (Solipskier) along for the ride, Vlambeer surfaces victoriously after the debacle, blasting all memories of ‘that other game’ to oblivion.

Ridiculous Fishing is based on ridiculously fun mechanics. The core gameplay evolves around three phases, the first starting after you cast your line in the water. Here, avoiding fish is key, in order to dive deep and explore the scenery. Once hooked onto a creature, the line goes up, music slides in reverse and the fishing frenzy commences. Pulling the colorful collection of sea dwellers up is a real treat and the last part of each round is highly satisfying. Fish fly up once they reach the boat and you tap them to shoot and collect. To unlock a new map, you need to discover a certain amount of new species, which isn’t always easy. Finding the more elusive creatures is a real challenge that sets a Moby Dick- like hunt in motion (at least in my case). When, nay, if you catch some of the bigger animals roaming the depths of Ridiculous Fishing, proudness ensues.

With such dense sea life down there, carelessness is a pitfall. Certain species need to be avoided as touching these costs money, other specimens just clutter the screen and make it impossible to isolate that special prey. Luckily, the virtual shop contains upgrades aplenty, ranging from an ample amount of guns to cutting edge fishing technology. The latter supports the line on its way down, with saws to boost through anything or household appliances that kill creatures foolish enough to touch the line before you actually want them to. It emphasises an essential element for fun in gaming: you are in control. 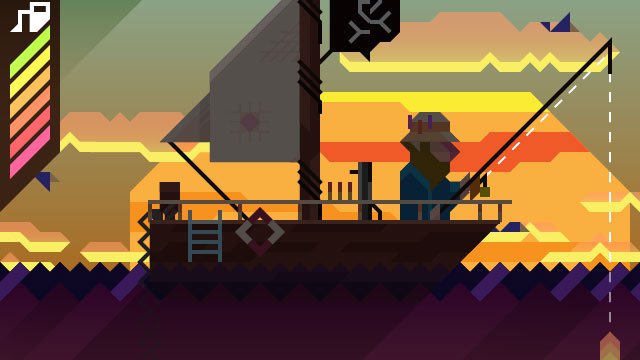 Controls work really well and tilting the line through murky waters is challenging as well as  rewarding once the adrenaline of the hunt sets in. This is followed by an enjoyable wrap-up once the catch goes airborne. Manically tapping the screen unlocks a chain of destructive happiness, with Wohlwend’s art being outlandish enough not to worry about the wildlife you skillfully dispose of. In fact, the game is playful and pleasant the whole way through.

Ridiculous Fishing shines with well-balanced mechanics, original art and classic gameplay, combining elements of Duck Hunt with the traits of an endless runner.The game already ‘inspired’ other titles and will continue to do so, setting the bar ridiculously high.