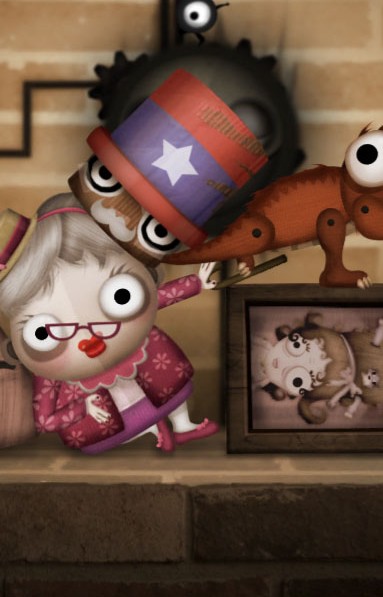 The Little Easy-Bake Oven That Could
Little Inferno is a game about burning stuff and seeing it react in a “Little Inferno Entertainment Fireplace”, somewhere mystical, somewhere cosy. The screen of a tablet lends itself perfectly for small-scaled hi-jinks entailing our favorite catalyst of fun (at least in the case of young men): fire.

Tomorrow Corporation is compiled of the indie developers that brought us World of Goo. The art in Little Inferno immediately reminds of that game, with comparable cuteness; it looks and sounds absolutely adorable. Moreover, like World of Goo, Little Inferno puts the player in a unique and imaginative setting. As fingers become matchsticks in a brick fireplace, you’ll notice the soothing sounds of the wind coming down the chimney. Atmospheric and tranquilizing as this may appear, most of us just burn everything in sight within the first seconds of the game. Fire is not a super power one can easily control. 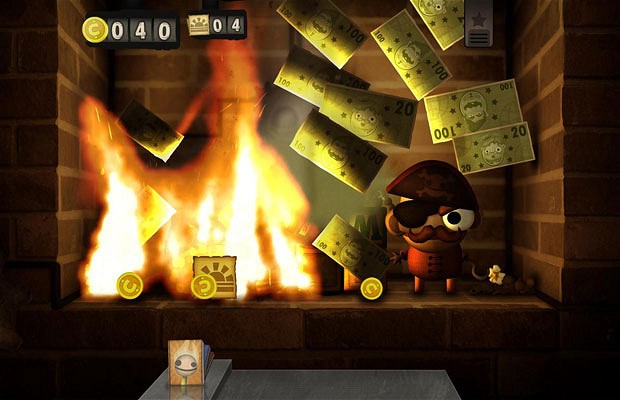 Little Inferno is surprisingly classical in how it establishes drama and sets the stage. The first and only required action is to set things on fire, in one single physical space, within a time frame of a few hours (exactly 5 in my case). Equally classical is the way in which the player receives the rules and story of the game: through letters that appear after combining objects in the fire. Shortly after burning the rules, terms & conditions and an introductory note, a catalog appears, with items that can be burned together. Successful combos reward the player with coins, stamps, lessons in consumerism and the joy of smouldering ashes. Occasionally, reports of mysterious fellow fireplace dwellers pop up.

Leafing through the catalog is fun and each of the 140 objects comes with an interesting backstory. These descriptions are important, as are reactions of items to incineration. Some will explode, others will spawn new objects and only by burning after reading will certain puzzles become clear. Combining the lively toys is enjoyable, but gathering the currency to buy them…not so much. Also, the other reward —a stamp that speeds up delivery time after ordering items— is rather unnecessary. Both coins as well as stamps slow the game down in a way that does not feel right with me. I understand the idea and fun of ordering stuff but adding waiting time to game play is more of a freemium thing. 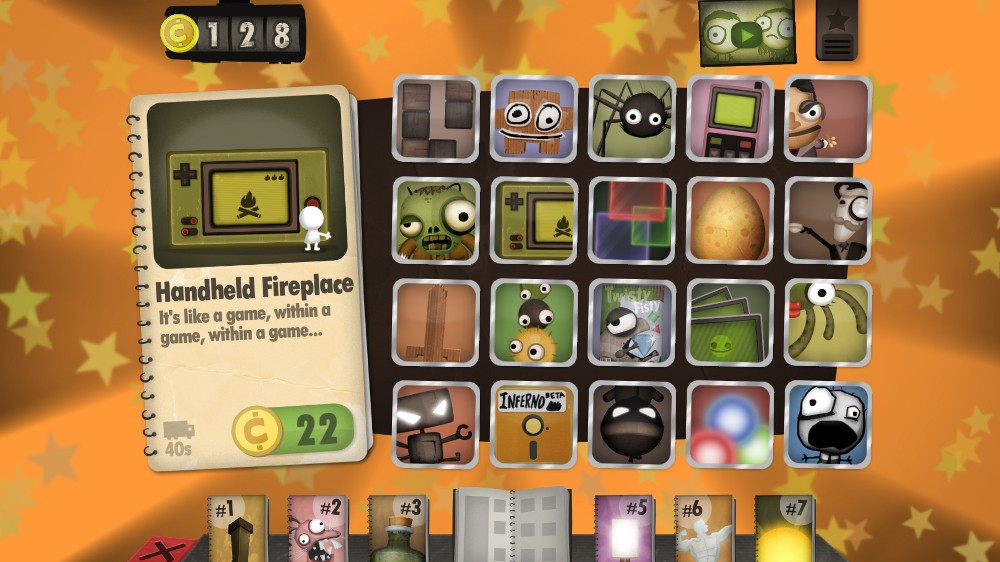 Little Inferno can be completed with less than 50% of the puzzles solved, which is a little too accommodating for my taste. On top of that, one of the most important combos required to complete the game, is revealed seconds after the conundrum appears. This severs the drive to finish a significant amount of the puzzles, which at the end are the most important reward for the player.

Tomorrow Corporation offer some incentive with original puzzles, eccentric toys and a compelling story. Unfortunately, excessively guided puzzles and flirtations with freemium-like mechanisms harm the core of the game. Little Inferno shines softly with originality and cuteness but never moves beyond this. As a more luxurious variation of Doodle God ($ 0,99), the game falls short and is not worth the hefty price tag. With all the tapping at coins and waiting, I can’t help but wonder: could Little Inferno have turned  out better as a freemium game?