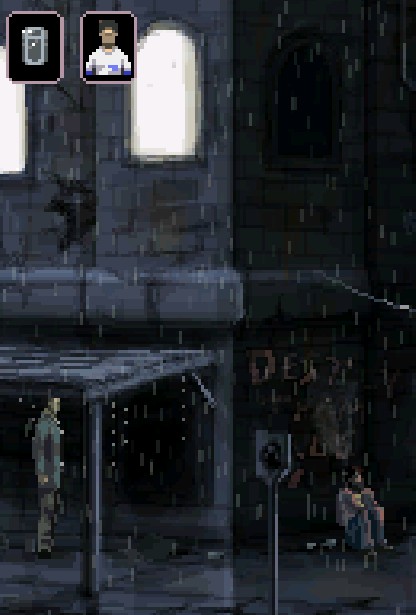 You’re not from around here, are you?
In most dystopian depictions of our future, off-world is where protagonists either originate from or move towards. Unable to find their place in the chaotic madness of decadence gone bad, characters like Blade Runner’s Deckard and Gemini Rue’s Odin collide with any modern city they find themselves in. Assassin turned cop Azriel Odin immerses into the grim authoritarian regimes he despises so much, in search for his lost brother. First stop is the planet of Barracus: home of the shady Boryokudan and perpetual drizzle. A drowned man, however, is not troubled by rain.

The catalyst for Azriel’s quest is introduced to us as Delta-Six, through a cinematic introduction. We get a glimpse of futuristic facility Center 7, where memories are being wiped and other dark affairs seem afoot. To make matters worse, it is not the first time Delta-Six gets a memento treatment. 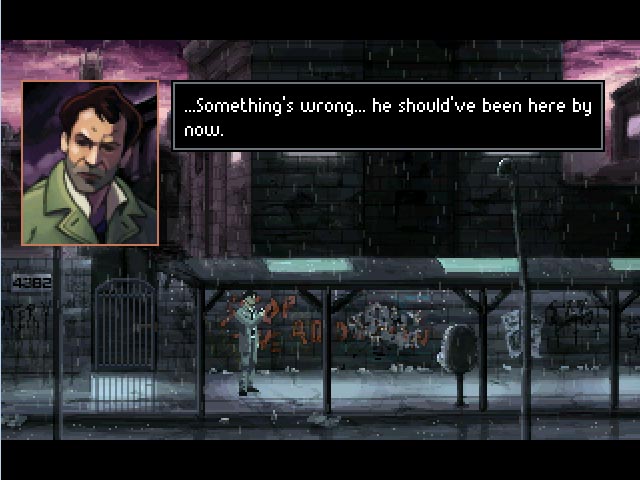 Shortly after the introduction, the focus moves to Azriel on the planet of Barracus. Dim-lit streets and the sounds of trickling rain immediately suck you into the story, starting with Azriel pulling out a communicator to talk plans over with partner and pilot Kane. Azriel needs to get information from an old friend and bring him to an extraction point on the planet. Unfortunately, the Boryokudan rule these streets, adding an unhealthy dose of guns and a drug called “juice” to the dire adventure.

There are two ongoing story threads in Gemini Rue, in which you control both Azriel and his brother at different locations. On Barracus, Azriel learns about the mysterious drug and the role of the Boryokudan in this galaxy, whilst his brother struggles with lost memories at the mysterious Center 7. There’s great dynamic between the two stories and eventually, they skillfully intertwine.

Despite being a clear-cut adventure game, gathering intel is just as important as combining objects in Gemini Rue. You frequently utilise the communicator, both to call people and to find information. Topics and information can be dragged from the communicator into public terminals, an intuitive mechanic that works beautifully on touchscreens. Controls in Gemini Rue also work extremely well. You touch the sides of the screen to exit a room and simply tap items to interact with them. Touching the screen for a few seconds highlights the hotspots in a scene, eliminating the need for pixel hunting. 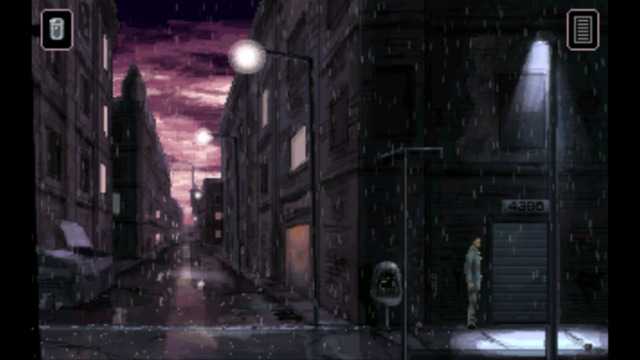 Like in most point-and-click adventures, icons pop up for simple actions although in Gemini Rue these are context-sensitive. Icons do not just stand for fixed actions (look, touch, talk, kick/stand);  they can also be used in puzzles to apply the body parts they represent. It is a compact and efficient way to deal with a limited set of commands, adding to the originality of solutions in the process.

Great controls, a riveting story and high production values make Gemini Rue a must have for adventure lovers on the go. The voice work in the game is stellar, with actors putting so much emotion in their pixelated affairs that you’ll distrust certain characters right from the start. A superb blend of classic point & click and neo noir, Gemini Rue is among the best adventuring choices on iOS.